The workpiece deformation in machining is a difficult problem to solve. Analyzing the cause of the deformation is necessary before taking countermeasures. In general, there are four reasons in the following:

The amount of deformation is proportional to the factors as below:

Therefore, it’s very important to minimize the influence of these factors on the deformation of the workpiece when designing the part.

2. The deformation caused by clamping

3. The deformation caused by the workpiece processing

To Take corresponding measures, the correct selection of the tool is a necessary condition. The precision of the tool is required for finishing. On the one hand, the resistance formed by the friction between the tool and the workpiece can be reduced; on the other hand, the heat dissipation capability of the tool when cutting the workpiece can be improved, thereby reducing the residual internal stress of the workpiece. High-speed machining is also beneficial to ensure the size and shape accuracy of the parts.
In addition, the cutting fluid is mainly used to reduce the friction during cutting and to reduce the cutting temperature. Reasonable use of cutting fluid plays an important role in improving tool durability, machining surface quality, and machining accuracy.
The reasonable cutting amounts in machining is also a key factor in ensuring part accuracy. In the case of thin-walled parts with high processing precision, symmetric machining is generally adopted to equalize the stress generated on the opposite sides to reach a stable state.

In summary, for the easily deformable workpiece, the corresponding countermeasures should be adopted in the blank and the machining processing. It is necessary to analyze according to different situations to find a suitable processing method.

7 thoughts on “What are the factors that might cause warping issues in CNC machining?” 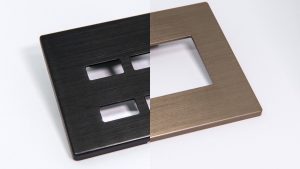 Why does the aluminum part have a visible grain structure through anodizing?

Aluminum is a silver …

The methods of proce … 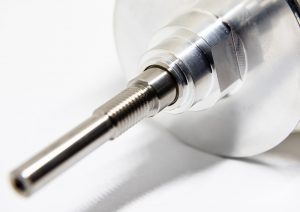 How important is the dimensional accuracy and tolerances for assembly